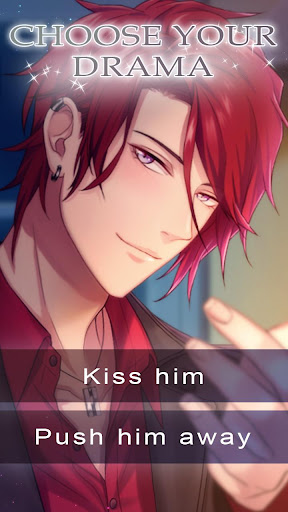 Electronic Emotions! Anime Otome Virtual Boyfriend Download Apk + Mod version for android: ✦Synopsis✦
You have loved working with electronics ever since you were a young girl, and finding work at an electronics manufacturing company seemed like the natural choice. However, your sales begin to fall and you worry about the stability of your career… until your boss invites you to join a new project. The project is secretive and requires you to pack up your belongings and move to a new address. You are suspicious at first but excited at the possibility of a promotion. When you open the door to the house, you are greeted by three handsome men! At first you are distracted by their impossibly good looks, but soon realize that their actions are far from normal…

Your company is conducting experiments on the ability of androids to adapt to human emotions, specifically in romantic relationships. Assigned to the project and instructed to move into a new house, it is your job to live and interact with the three male androids, all while treating them as if they were your boyfriends.

The androids only know how to act according to their programs and they tend to take everything a little too literally. Will you be able to teach them the subtle nuances and common sense of a human? And what happens when the tests are over…?

✦Characters✦
♠ Kai
Despite his flashy appearance and confident personality, Kai is open-minded and determined to learn new things. After a failed attempt at cooking dinner, he decides to take up cooking to make you happy.

♠ Shane
Shane is good-natured and always ready to try something new. Young and naive, he becomes interested in the exciting nature of rock music and looks up to musicians. Will you help him follow his dreams?

♠ Jake
In contrast to the other androids, Jake is quiet and calm. With a sturdy physique, he is athletic and picks up judo. As you get to know him, you find a new side to him that thinks about matters deeply and is careful not to hurt your feelings.
Generic update