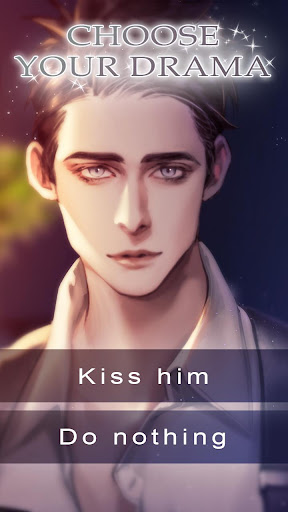 ■Synopsis■
You were living a pretty average life until one night, you hear a strange noise coming from upstairs. When you go to check out what it is, you find that a woman has been murdered! You panic and try to call the cops, but suddenly everything goes black as you pass out… When you wake up, you find the bloody murder weapon in your hand! Before you know it, you’ve been arrested by the police. All of the evidence points to you being the murderer! But that night, a lone detective comes to your aid. He helps you escape the holding cell and tells you that the true murderer is still out there. Will you be able to prove your innocence and find the killer?!

The Alpha Male Detective – Luke
He’s a tough-as-nails detective that doesn’t believe in going by the book. He’s got a hunch that you’re innocent and he’s determined to get to the bottom of it. But maybe that’s not the only thing he wants to figure out…?

The Calm and Cool Reporter – Nash
This mysterious reporter’s a good friend of yours, but he has a dark past that motivates him to find the true criminal. Could it be that he wants to overcome what happened in the past?

The Sweet Childhood Friend – Rio
Rio’s your childhood friend who works in the same department as Luke! He knows that you didn’t do it and he’ll do anything in his power to prove your innocence! Could it be love that motivates him?
Generic update