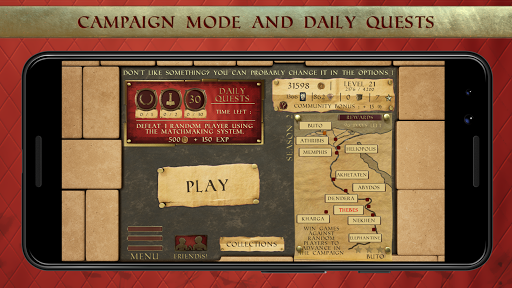 The past is full of fascinating games that have been mostly forgotten.
Senet, the first app of the ANCIENT GAMES collection, is one of them.
Our version is a meticulously crafted mix between what a player wants from an historical game and what he/she expects of a modern application : classic rules, variants, 3D environnement, objectives, unlockable content, sharing capabilities, cloudsaving.

Play the game of the pharaohs like never before.

The privacy Policy has been updated in accordance to the latest data protection laws.
FIXED : The balance of the dice was a little off.
FIXED : Buttons in the Store masked each other.
FIXED : Games between friends could end abruptly.
FIXED : The collections were duplicated.